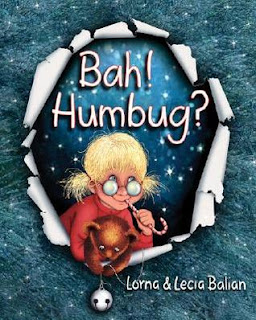 Lorna Balian's charming Christmas story is reissued with full color added by her daughter Lecia. Margie writes to Santa Claus asking him for a new teddy bear since her teddy, Herold, is looking a bit shabby. Her bossy older brother Arthur believes that Santa Claus is a humbug and plans to prove it by creating a trap to catch him. Lorna's delightful illustrations show that Arthur might be wrong about Santa after all. An endearing Christmas tale that will delight both boys and girls alike.

Our thoughts
A wonderfully written story by Lorna Balian. The illustrations are fantastic. I haven't read her other works, but I'll be certain to get them. I loved the story.
Keep your eye on the bear! 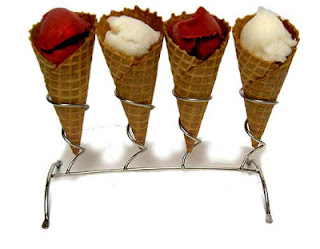 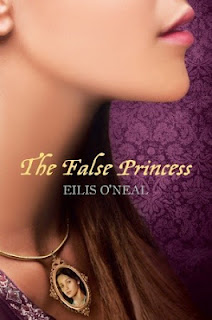 Princess and heir to the throne of Thorvaldor, Nalia's led a privileged life at court.  But everything changes when it's revealed, just after her sixteenth birthday, that she is a false princess, a stand-in for the real Nalia, who has been hidden away for her protection.  Cast out with little more than the clothes on her back, the girl now called Sinda must leave behind the city of Vivaskari, her best friend, Keirnan, and the only life she's ever known.

Sinda is sent to live with her only surviving relative, an aunt who is a dyer in a distant village. She is a cold, scornful woman with little patience for her newfound niece, and Sinda proves inept at even the simplest tasks.  But when Sinda discovers that magic runs through her veins - long-suppressed, dangerous magic that she must learn to control - she realizes that she can never learn to be a simple village girl.

Returning to Vivaskari for answers, Sinda finds her purpose as a wizard scribe, rediscovers the boy who saw her all along, and uncovers a secret that could change the course of Thorvaldor's history, forever.

A dazzling first novel, The False Princess is an engrossing fantasy full of mystery, action, and romance.

Mom's review
Imagine being a Princess for 16 years and then having everything ripped from you, by your parents? The King and Queen receive a prophecy about their only child. She will die a violent death before her 16th birthday. They exchange her with another child, raise this child and call her their own for 16 years. When her 16th birthday passes, they literally call back their 'real' princess and throw her away. Makes you wonder what kind of person could do such a thing. I must admit I had no love for the king and queen. Nalia/Sinda, however, just stole my heart.

This book has a lot of twists and turns. It will keep you entertained. For a while, you won't easily recognize who is good and who is evil. There are wizards, magic and of course, a dashing earl's son.

Loved this story and hope for more!

Ok, but too girly!  Liked the wizards.  It was fun when Nalia/Sinda discovered her magic. 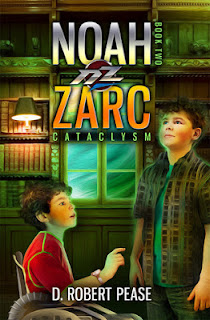 Awesome!!!I loved this book.  Noah is so much fun.  Science and science fiction combined.
Imagine living on Mars because Earth is ruined.  What an idea.  Mr. Pease has some fantastic ideas!  I love when science is a big part of stories.  I'm just a little younger than Noah, can't imagine doing the stuff he does. Piloting a spaceship through an asteroid field???  What a life he has!

This book is even better that Mammoth Trouble.  I zipped through it quickly.  Can't wait for more adventures with Noah.