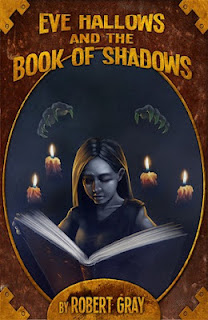 Ever since encountering The Source and its minions on Halloween, Eve Hallows has found life surprisingly quiet … not to mention adorably boring! So when Dad receives a Ouija message that she must return to Gravesville, Eve couldn't be happier—at least until she discovers the Director of URNS, also known as the Grim Reaper, has a special job for Eve … one that will lead her to New York City and to the true identity of The Source.

With The Book of Shrieks offering zero help and a new URNS agent driving the school boys—and Eve!—crazy, Eve's beginning to realize this whole saving-the-world nonsense isn't what it's cracked up to be.

Even better than the first book!!!!!!

I love the characters in this story.  Eve reminds me of human Marilyn living amoung the Munsters.  She's different but pays no attention to the differences.  Mom is a snake headed, petrifying gorgon.  Dad is a shapeshifter and brother Sam is a ghoul....The family is a tight unit.  You can palpate the love they feel for each other.

Due to recent events, Eve is made to feel 'unwelcome' in her hometown of Gravesville.  Why?  Well, she's human and not a monster.  Humans are scary, they are trying to kill the monsters.  Strange things are happening in Gravesville and Eve must fix them, along with her 'human' friends.  We meet a few new characters, including a succubus.

We also learn more about how Eve came to live in Gravesville.

This is a perfect combination of YA, Horror, Paranormal and Fun!

I give it 5/5 ice cream cones and eagerly look forward to the next book in the series.
That's a hint Mr. Gray...please keep me in mind when looking for reviewers for the next book!! 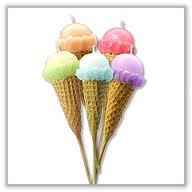 I'm going to do something a little different with this post.
I had to read a book and write a report over the summer.
The book I chose is
THE HITCH-HIKERS GUIDE TO THE GALAXY
by
DOUGLAS ADAMS

I've passed in the report but not yet received my grade.
I'll upload the report.  It contains most of the information I use when I review a book.

TITLE OF BOOK: THE HITCHHIKER’S GUIDE TO THE GALAXY

SETTING: The Starship Heart of Gold, modern day.   The fictitious, luxury-planet producing planet of Magrathea in the Horsehead Nebula.

BRIEF DESCRIPTION OF MAIN CHARACTER:
Arthur Dent:  A human who lived in a house scheduled for demolition before the destruction of Earth.  He is kind and formal.

Ford Prefect:  A human-like alien from Betelguese.  He does research for The Hitchhikers Guide to the Galaxy and is quite intelligent.

Zaphod Beeblebrox: A relative of Ford.  He is very cunning and relaxed. He has 2 heads and 3 arms.

MARVIN: a highly intelligent but paranoid and depressed robot.

THESE ARE ALL THE MAIN CHARACTERS OF THE BOOK.  EACH ONE PLAYS A MAJOR ROLE IN THE PLOT

PLOT SUMMARY: The book starts off when a normal human, Arthur Dent, wakes up and goes outside to protest the destruction of his house.  His house is being demolished to make way for a bypass.  A bypass in a British synonym for interstate.  Arthur lies in the mud in front of the trucks.  His friend Ford (the alien) comes and brings him to the pub to talk to him about the end of the world.  They then hitchhike onto a VOGAN spaceship as Earth is destroyed to may way for a galactic bypass.  The pair of friends are ejected into space and are picked up by The Heart Of Gold spaceship driven by Zaphod and Trillian.  They think they’ve gone mad when they see non moving water and waving buildings as well as other weird things created by the ‘improbability drive’ in the ship.  Ford gets to see a relative of his, Zaphod, and Arthur gets to see Trillion whom he tried to date once on Earth.  They soon discuss the planet of Magrathea, a luxury planet-producing planet, that stopped producing planets and pretty much shut down 5 million years ago.  They proceed to navigate the ship to the planet.  Upon arrival, they are hit by a missile which results in the creation and demise of a whale and a pot of flowers.

Soon, they land on the desolate surface and explore.  They find an underground tunnel into which Ford, Trillian and Zaphod explore.  Arthur and Marvin stay behind to guard the tunnel entrance.  Trillian, Ford and Zaphod are captured and brought to a planet catalogue and later to a feast where there is something in the food that affects their sanity.  They are unaware of events occurring around them.  All this is courtesy of two lab mice.  Arthur meets a person named Slartibartfast who teaches him about Magrathea and how the Earth was actually a super computer set to figure out the ultimate question. (They already have the answer, 42.  They just need the question).
Arthur is guided by guards to the feast where he refuses to eat the food.
The mice attempt to take Arthur’s brain.  It is during this attempt when the effect of the drugs from the food wear off in his friends.  They then attempt to escape.   They hide behind a computer.  The guards are shooting at the computer.  Suddenly the life support systems in the guards suits fail and they die.  Arthur, Trillian, Zaphod and Ford escape to their spaceship via an escape ship left by Slartibartfast. The arrive in the Heart of Gold.  Marvin begins sulking about how bad his existence has become.  They blast off and go to a restaurant at the end of the universe for lunch.

WOULD YOU RECOMMEND THIS BOOK?
In my opinion, “The Hitchhiker’s Guide to the Galaxy” was little funny, but very bizarre and difficult to follow.  I wouldn’t recommend it for most people, but those who like science fiction may enjoy this book.