Kevin Tobin is a relatively ordinary 12-year-old dealing with the aftermath of his father's death in a mountain biking accident near their home in Boulder, Colorado. To escape from his emotional turmoil, Kevin has developed his imagination into a dangerous foil and a powerful ally. While he antagonizes his sister through his superhero antics on an average Wednesday morning, his ability to escape inside a character's head become critical to his survival after his life is once-again turned upside down a year after his father's death. A mysterious package arrives in the mail, Kevin and his best friend are hunted down by a ruthless villain set upon world domination, and after enlisting Kevin's teenage sister and her pizza-delivery boyfriend in a battle for control over time itself, the secret of Kevin's whole existence is revealed to him by a source we never expected. Del Shannon's imaginative story, appreciation for the powers of family and the desire of young boys to both escape reality and prove themselves within it, and fast-paced, adventure-filled storytelling style make this a book with wide appeal for readers of all ages.

A wonderful and fast paced book. Aimed for a middle grader target audience. This book was a rollercoaster ride full of twists and turns. The end (which I will not reveal) was unexpected. I think most 10-14 year old boys will relate to Kevin. I just love his imagination! I recommend this book for all kids that like sci-fi, humor and wild crazy adventures. I want to thank Del Shannon for allowing me to read and review this book. Please, let there be more adventures for Kevin!!! 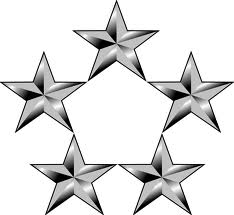